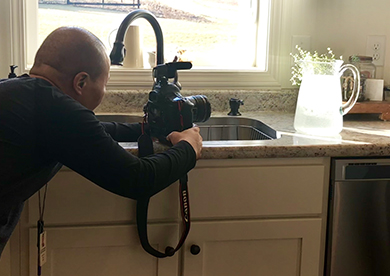 Spiros Law, P.C. clients were interviewed for a story in the Chicago Tribune on the contamination of the Mahomet aquifer by Peoples Gas. The family was directly affected by the leak that has contaminated the drinking water of residents in this area. The story discusses our client’s experience after learning that natural gas contaminated the water they had been drinking for three months. The family was told to stop bathing their two-year-old in the water by the family pediatrician, and they are concerned about their future. Our client was quoted in the piece as saying: “People say to us, “Why don’t you guys just go someplace else?’ We can’t leave because nobody’s going to buy our house.”

Our client’s story echoes the stories told by many residents in the area. Peoples Gas reported the leak in an injection withdrawal well to regulatory agencies, including the EPA, in December 2016. The state’s sluggish response system resulted in authorities failing to refer the case to the Attorney General’s office until 2017. This was in spite of the report from the company and complaints from residents about milky bubbles in well water from their faucets and some cases, being able to light their tap water on fire.

When the case was ultimately referred to the AG’s office, it was not from the agency responsible for protecting the groundwater, the Illinois EPA. Instead, it was the Illinois Department of Natural Resources, who is responsible for regulating oil and gas in the state. This failure on the part of regulatory agencies to quickly highlight issues that threaten our citizens is unacceptable and should not be tolerated.

Spiros Law, P.C. is working hard to protect citizens who have been affected by the Mahomet gas leak. We firmly believe that all people in Illinois have the right to expect that the water they drink is free from contamination. If there is an issue, the state’s agencies should address the issue immediately and decisively. To learn more about this continuing story, follow the coverage on the Chicago Tribune. If this natural gas leak contaminated your drinking water, call us at (217) 328-2828 immediately to discuss how we can help you.