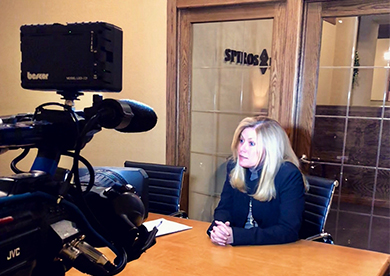 Spiros Law, P.C. is representing the family of Sonya Kington, an Alzheimer’s patient at Champaign County Nursing Home, who was left unsupervised and subsequently died of hyperthermia after being left outside.

Spiros Law, P.C. has filed suit against the Champaign County Nursing Home after their negligent conduct resulted in the avoidable death of one of their residents.

On June 6th, 2017, the body of Sonya Kington was found in the outdoor courtyard of the Champaign County Nursing Home. Ms. Kington, who suffered from dementia was a memory-care patient at the nursing home. Security cameras show Kington entering the courtyard at approximately 1:47 pm where she was left unattended in the extreme heat.  An investigation by the Illinois Department of Public Health revealed that staff members propped open the doors to the courtyard despite the facility’s policy to the contrary.  These doors were to remain closed and alarmed given the cognitive status of the residents in the memory-care unit. “Unfortunately, this is an all-too-common occurrence in nursing homes.  When facilities decide to house residents with memory issues like Alzheimer’s or dementia, the facility has a duty to implement protocols to ensure their safety” said Senior Associate Patricia Gifford. Usually, this means alarming or coding exit doors so that incidents like this do not occur.  These doors typically require a code to open or an alarm sounds when they open. Founding Partner, James Spiros added, “Unfortunately, there are many hazards and safety concerns for these residents and extreme weather conditions, whether hot or cold, is one of these hazards and can be life-threatening to the residents.”

Employees of the nursing home did not realize Ms. Kington was missing for over three hours. By the time they found her at approximately 5:30 pm, she was unresponsive, hot to the touch, and deceased.

After investigating the circumstances surrounding this incident and reviewing the details with a licensed physician, we believe the nursing staff at Champaign County Nursing Home failed in their duty to provide the necessary services and treatments to prevent the death of Ms. Kington in failing to properly secure the facility and in failing to properly supervise Ms. Kington.