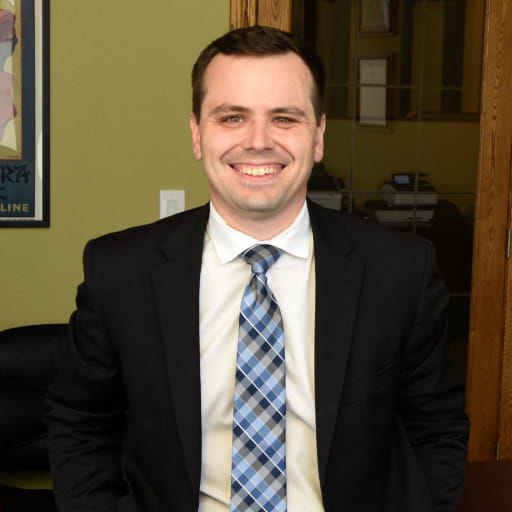 Jordan A. Butler is an Associate Attorney with Spiros Law, P.C., where he practices in a broad range of litigation, with a focus in the area of serious personal injury cases, including medical negligence, defective drugs and devices, automobile accidents, trucking accidents, and workplace injuries.

In 2020, Jordan was awarded the Client’s Choice Award by Avvo. In 2021, he was named by Super Lawyers as one of Illinois Rising Stars in personal injury litigation. Only five percent of the total lawyers in the state are selected for this award by Super Lawyers.

Jordan is deeply passionate about fighting for those who have been harmed by the actions of others. As a result, he revels in the opportunity to stand up against insurance agencies and other companies who seek to exploit vulnerable injured persons and their families.

Prior to joining Spiros Law, P.C., Jordan honed his skills as a strong legal advocate while working tirelessly to secure positive outcomes for individuals in need. Jordan assisted with complex healthcare litigation in the General Counsel’s Office for the United States Department of Health and Human Services, CMS division.

Jordan graduated from Saint Louis University College of Law, earning a concentration in health law from the school’s nationally recognized Center for Health Law Studies. While in law school, Jordan served as a lead editor for the Journal of Health Law and Policy.

When he’s not in the office, Jordan enjoys catching a good movie, attending local concerts and shows, and spending time with his friends and family outdoors relaxing.

My attorney has been nothing but understanding and compassionate during this long process. Fighting hard to get the most for my injuries, and pain and suffering. I would definitely recommend Spiros Law!!!

I was very pleased with my experience at Spiros Law. Initially I didn't know how to proceed, what to say, or who to talk to. They were very helpful and from then on I was able to contact the same person with any question or concern. I was well treated through the entire process, and that is important to me.